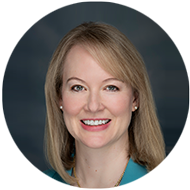 Rickey is a co-founder of the Sardinia Dialogues on responsible capitalism, founded in Italy in 2022. She is a 2020–2022 Young Leader of the French American Foundation and in 2019 she traveled through Ukraine observing propaganda and voter engagement during the election of President Volodymyr Zelensky. The year prior, Rickey examined media freedoms in Hungary and in Serbia.

Rickey is a recipient of the Marshall Memorial Fellowship of the German Marshall Fund of the United States. As a 2014-2015 fellow, she studied transatlantic relations in Belgium, Sweden, Montenegro, Poland, and Germany. In 2013, Rickey traveled through the U.S. Department of State to Sri Lanka and India to study Tamil politics.

Named 2019’s “Best on Air Personality” by the Georgia Association of Broadcasters, Rickey was the longtime Atlanta-based host of NPR’s news magazine All Things Considered on Georgia Public Broadcasting. In 2018, she was invited to be an inaugural member of the Council on Foreign Relations’ Local Journalists Initiative. Her journalism has garnered honors from the Edward R. Murrow Awards, the National Academy of Television Arts & Sciences Southeast (Emmys) and the Society of Professional Journalists.

From 2011-2014, Rickey directed news and public affairs programming across Georgia Public Broadcasting’s statewide television and radio network. Her 2017 TEDx talk “The Future of News Is in Our Hands” empowers media consumers to counteract misinformation and infotainment.